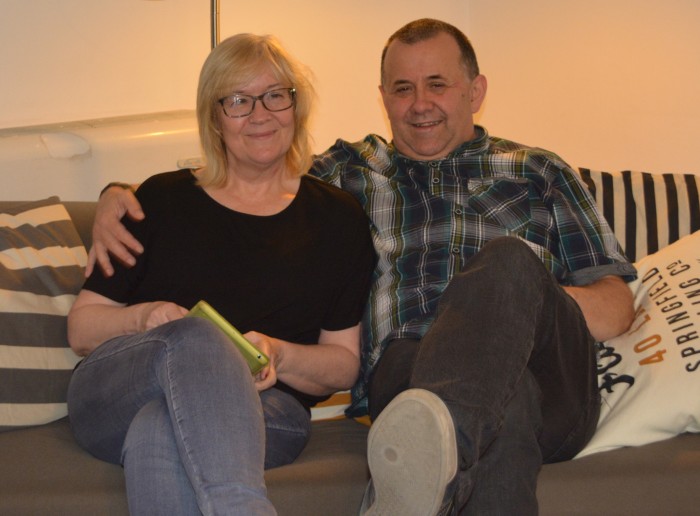 Last year, Anthony and Cherith Wilson lived in Oradea for three months to work with founder and CEO of Abolishion, Leanne Rhodes.  At a local teashop, over their favorite Darjeeling, they shared a bit about life and experiences they had while traveling upon the Abolishion road.

"The whole thing is just a bit of an adventure to us; new things most days." - Anthony

During your time spent in Oradea, what has impacted you the most?

A: The sense that there are things happening here. A whole lot of things are happening. The interconnection between people at Abolishion and the local community has a real buzz about it.

C: Things seem to be working together. Resources for Abolishion, the video we put together, these are quite big achievements for us as we look into the next year. To me, it’s just been seeing all those things come into place, they’re not being engineered or super controlled, they just seem to be coming together.

Tell me, have you guys been able to spend time with any of the survivors?

[When girls are rescued from human trafficking, here at Abolishion, we refer to them as survivors.]

C: Yes, but not in a shelter, because there isn’t one here. We were involved with the story of a girl and taking her to a shelter in another city. She’s just like any other normal girl…

A: It was pretty impacting, you can read all the articles and talk to people, but when you see a real girl, who’s being taken to a real place, where she’ll be cared for, and has a real story. It really hits you that it is not fiction, but is really happening here; there are real people involved, and it reinforces the need for more shelters. Where the girls who are being rescued can really be cared for in a home-type environment.

C: Also, it’s hard when you hear the story, and you know what she’s been through, you can’t just go interview her.  We were told a bit about her story. But it’s hard, you can’t do very much except be friendly because you don’t really know.  It was a bit hard to talk to her personally. And you maybe wouldn’t want to; you don’t know where she is at emotionally. We went and talked to the lady that runs the shelter in another city and we asked her a lot of questions about the shelter. There were so many stories.

A: She looked, for all intensive purposes, like any other young woman on the streets.

C: She smiled a couple times as we traveled. But not chatty, just kind of reserved. There was a kind of remoteness. Not sure what she’s going to find. She’s been through so much which has totally isolated her from anything that she has known. So I can imagine she wouldn’t be all chatty, smiley, and laughing.

Regarding Romania, what types of preconceptions did you arrive with?

C: I was concerned on how safe it was going to be. Eastern European can seem like a scary place where if you put a foot wrong, you get slapped into prison. The second concern when, working with Abolishion, was do they know that we are coming to get their girls? Are the perpetrators going to come around and knock on our front door and we find ourselves suddenly whisked off because we’re a nuisance? You find out that it’s not like that. You actually are not a blip on their radar.

What would you describe the three months spent in Romania as?

C: Taking three months off of work, most people who do that take a holiday. They go sit on the seaside. We’ve done something that is meaningful with that time.  I think it would be best to describe this an adventure. It’s a mix of everything. Its something that is near and dear to our hearts. If we are going to have a break, we want to do something meaningful as well.

How have you witnessed the Abolishion team working together and growing?

A: I have a sense that things are starting to happen. The planning stage has reached an end and we’re now into fundraising and ultimately beginning to establish something. There is a buzz going on and others observe it and people are starting to notice. They have a similar passion and want to get involve.  It’s a good time to get on this boat. There is momentum happening here. We don’t for one minute think that we have all the answers; it’s good to have multiple people involved.

You get moving and you take some steps.

You don’t know what’s on the other side of the forest,

But you see it when it comes.

We’re just in the forest somewhere,