How to talk to your friends about human trafficking 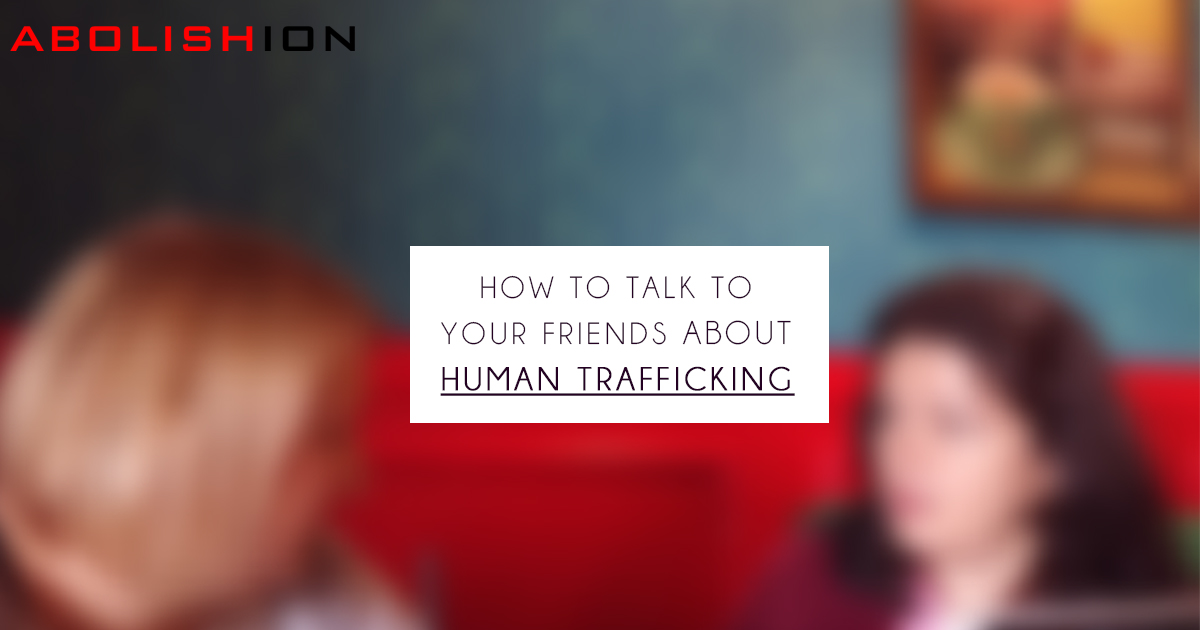 There it is.  The question that has the capacity to turn a light conversation at a party into a real downer, making people cry or suddenly feeling unsafe in their world.  As the leader of an anti-trafficking organisation I’ve had to learn how to talk to people about the harsh realities of human trafficking.  I have the ability to make them feel like the world is an unsafe place.  Or I can choose to help them see the needs and how they can do something about it.  I always choose the latter.  I do tell people about the realities of trafficking but I always couple it with how they can do something about it.  I think it is important to leave people feeling like they can do something rather than human trafficking being something we just have to live with.

Maybe you’ve tried to have conversations with your friends about human trafficking and it’s all gone wrong.  Maybe they didn’t want to know, it was too difficult to hear or just left everyone in tears.  This isn’t especially good if the conversation comes up at someone’s birthday party!  Here are some tips I’ve put together to help you have conversations that bring change not tears.

Think of the conversation as a journey.  First, you need to explain the situation and how it is relevant to them but make sure they know you are going to tell them how they can change things:

However, we do not need to accept this as normality in our world.  We are not powerless.  We have a voice and we can use it to stamp out human trafficking in our world.  Really.  We can do something!

Remember, next time you talk to your friends about human trafficking, be ready to mobilise them into action.  People are far more likely to engage in a conversation when they feel they are empowered to do something.

Now go on, have that conversation.  You can make a difference!