I'll just fight until the end 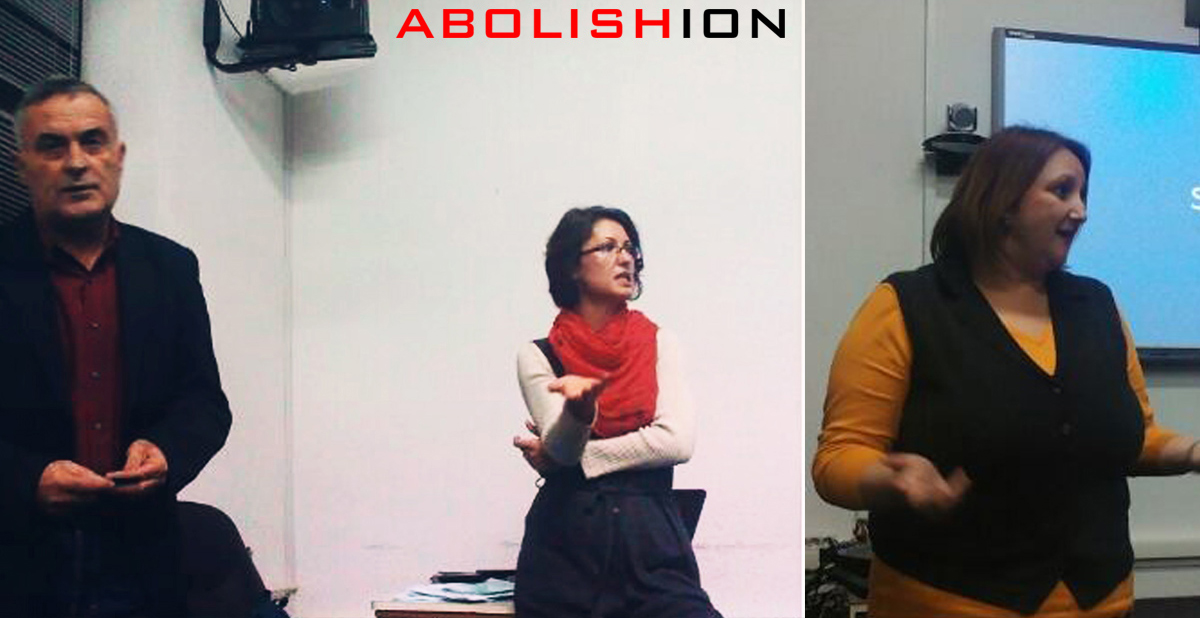 “I had a friend; his sister was working hard for almost nothing until one day a performer at the bar she worked at approached her. He asked her to travel to Spain because he had a couple shows booked there. He promised to find her a better job on the condition that she would be his girlfriend until they returned.  She was so naïve and hungry for money that she accepted it while telling no one, as he had requested. She took her ID card and passport and left. After three months she was found in horrible conditions and without any documents or money. Later down the road, she returned to Spain and settled down, not being able to bear the shame. I’m happy for her now…but it’s the truth, a sad, classical story of human trafficking and sexual exploitation. This isn’t the only story I’ve witnessed…”

On a chilly afternoon in January, I (Sierra Metzel) sat down with IT Specialist and Judicial Police Agent, Adam Farkas to talk about his experience with human trafficking in Romania and Eastern Europe.  Abolishion recently teamed up with ANITP and People To People to speak at a seminar Adam held at his university.

Firstly, can you tell me a bit about yourself and what your typical week looks like?

My name is Adam …and Tabita, my wife, and I have been married since 2010 and have the most amazing, energetic son, Dani. We live in Romania and I work alongside the Romanian Police, categorizing evidence for cases, and teaching criminology classes at a local university.

I don’t really have a typical week. Yet everyday at 8:00 I consult my agenda at my office. Usually I’m reading a lot of criminal files and analyzing them. Some days, I teach classes at the university. Perhaps weekly, I meet with friends and colleagues to discuss in general, family issues, our jobs, and how to work with greater efficiency. One day a week, I meet up with policemen I know and we spend a couple of hours praying for our families, for our job, for our comrades, and thanking God for everything He has given us. Then, when I find free time, I’m either reading or writing.

How does your work with the elite police correlate to human trafficking?

In Romania, it is a fact that we are the “gate” to the northern countries (which are richer than ours) and we are a cheap labor force. These are just a couple of the many motives for the daily stack of criminal files on my desk. I’m not happy with it at all. It’s sad. Out of the yearly two or three hundred cases we deal with, almost a quarter of them are related to the trafficking of people.

Human trafficking has been on your radar since you were prepped for your job back in 2006; was there a specific moment that pushed you to share with your students?

Yes, during the criminology seminars, our studies arrived at victimology, sexual criminals, and human trafficking. I told myself, “why not call my friends from ANITP and People To People?” They told me about Abolishion and I invited all three organizations to speak directly to my students about this phenomenon, having more resources and professional background than me. They held an open discussion on the topic Human Trafficking- Forced prostitution, exploitation, procuring, and pimping. After this workshop, I was working with them in student created focus groups further discussing the criminological point of view on human trafficking.

Was there any specific piece of information that struck you, personally, that night?

Because I know more that I’m allowed to say, I didn’t learn any new information, but I was motivated to organize (perhaps this year) a national law conference to discuss, and go deeper, into this same theme.

What has the student reaction been from the evening?

Believe me, they did have many reactions, even today. They made groups and researched further into the problem, while making interviews and questionnaires amongst themselves. It was just great. In the recent days, two of them informed me that they are planning or writing their thesis papers on this topic.

Adam, understanding the delicacy of your job, could you tell us, first hand, a few cases that you’ve been a part of?

There was one girl I’ll never forget. When we found her, she was thirteen. Her entire life, suffering from physical and sexual abuse.  She had been dragged across numerous borders. Forced into prostitution, she couldn’t trust anyone to touch her. My wife eventually helped her into her very first shower. Years later, today, she is still having to deal with all the psychological issues that took root during the first part of her life.

Another is a prime example of the dangers that the Internet can bring. A young boy, in love with soccer, met a “coach” via Facebook. In the beginning, the conversations looked very much like a mentor giving advice to his mentee. One day, the coach asked for photos, to see how athletic the boy is, then another day, he asked for naked photos. Eventually, the coach came to the city the boy lived in to check in on him, having a fairly normal first meeting.  The second involved touching, and the third was the beginning of actions involving blackmail.  The lack of parental involvement frustrates me. The simplest and most successful solution for prevention from happenings like these is simply family time. Be your child’s best friend. Family is core. Mothers and fathers have to talk about “taboos” to their children. Be observant.

Concerning the fight against human trafficking, what do you imagine the future to hold for you, your students, and your country?

I’ll just fight until the end.  As for my students, they’ll all be attorneys, judges, prosecutors, and so on. I’d like to think that they would follow my example and more. To be there for any child, woman, or man, fighting for our fundamental rights and moral values.  My country, Romania’s on the right path.  I hope our leaders will make the right decisions and make favorable laws for our good living.