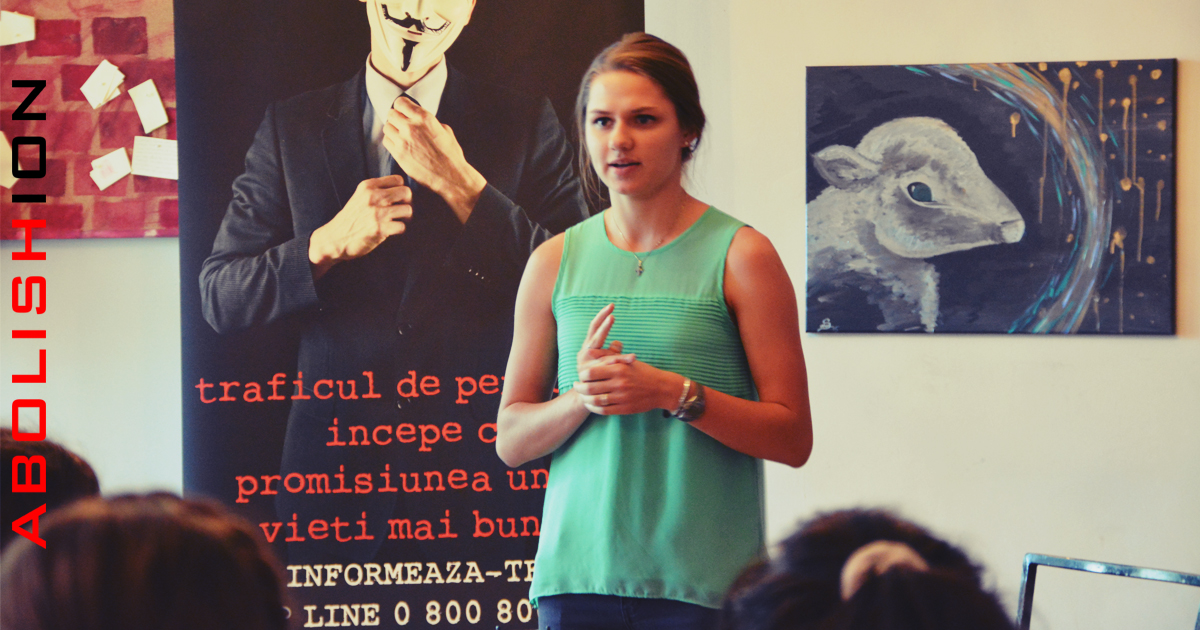 Lots of people have asked me how my summer was since my return home from Romania. Most of them ask in passing, so I have about thirty seconds to sum up two months’ worth of travel, work, and life. Mostly I just say, “Oh, it was really awesome! I learned a ton and I made some really great friends!” And life goes on from there. We go our separate ways and maybe if they’re really interested they’ll ask me more questions later. I often end with a shameless Abolishion or Nefarious plug, especially if they’ve asked me about anti-trafficking work before.

Now I’m sitting on my couch trying to sum up two months’ worth of travel, work, and life on paper, and somehow it’s even harder than it is in the hallway. My internship this summer was incredible. As someone working on an undergraduate degree in Psychology, and aspiring to be a Social Worker in a couple of years, it was basically the best internship experience I could ever imagine¬. I spent the summer in Europe working with a highly intelligent, highly dedicated group of people who want to stop human trafficking not just in Romania, all of Eastern Europe, and all of the world.  Just like me.

The day to day work was not super flashy. I spent much of my time reading about the problem of human trafficking in general: how people often get sucked into trafficking situations, how they are commonly used and abused, and what types of physical, mental, and emotional trauma they may exit trafficking carrying. I also spent time reading about how to best run a shelter for survivors of human trafficking, what factors needed to be considered, which policies needed to be implemented, who should receive what types of care, and so on.

As a team we would meet to go over our findings and policy ideas as well as brainstorm how to continue our partnership with local social workers once we got the shelter started. We drafted and rewrote, drafted and rewrote. It seemed endlessly overwhelming at times. I even remember feeling so tired at one point during my time in Romania that the two weeks of intensive job training I had to look forward to once I returned to the United States began to sound like a vacation. In addition to all the research, meetings, and plans, we also went out into the community to raise awareness about the problem of human trafficking and what can be done about it.  Among our many audiences this summer were teenagers, social workers, pastors, and at-risk women.

We did enough work in two months to leave me still struggling to catch my breath several weeks later.

I don’t think I recognized how much I learned from this experience until I came home. I began having those short thirty second conversations with people as I passed them on my way to class. I realized, in the midst of trying to answer each question, just how many facts and practical steps to combatting human trafficking I had learned about through my internship. This knowledge has empowered me to share heinous realities with my peers even if it’s just in passing. Concise language, critical thought, and a passion to seek justice can drive a conversation from being mere words exchanged between class periods to actions taken in a local community and in the world.