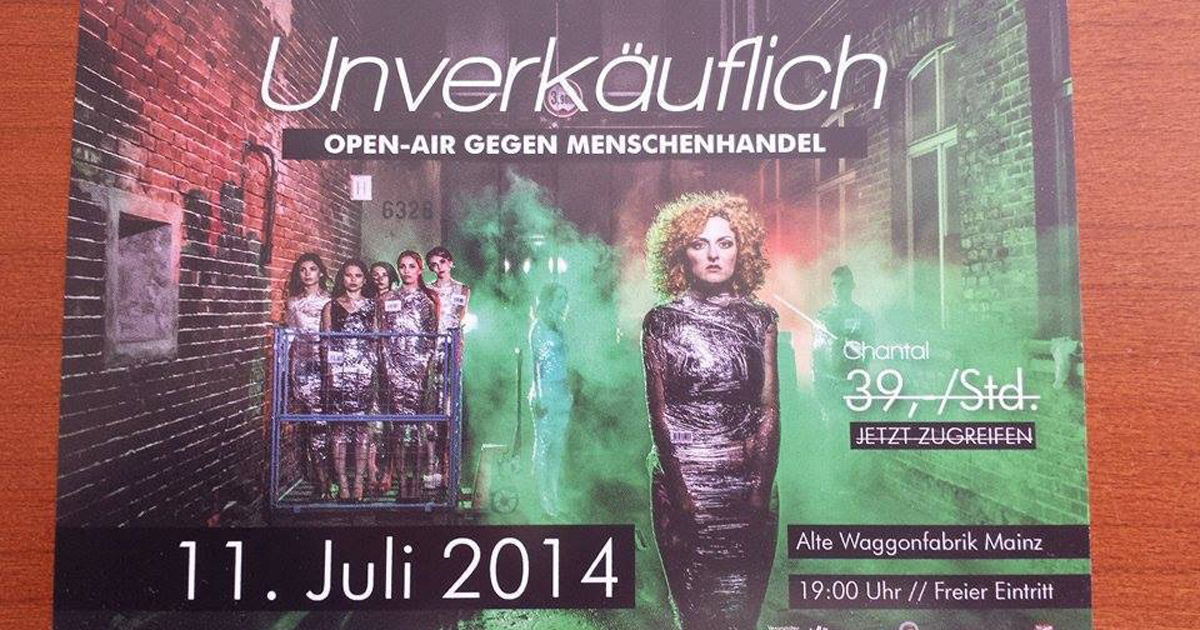 On Friday, July 11, our CEO, Leanne Rhodes, travelled to Mainz, Germany to be part of the "Unverkauflich" event put on by dieBasis church and Hope For Freedom.  The purpose of the event was to raise awareness about human trafficking and inform people about what they could do.

Carol Stolz, from Hope for Freedom, shared on the issue of human trafficking, particularly in Germany, also known as the "Brothel of Europe" for it's high prosititution rate.  Joaquin Stolz, also from Hope for Freedom, spoke about mens' responsibility in trafficking.  He talked of issues around supply and demand and the links between pornography and trafficking.  He gave a wake up call to men to stand against this atrocity.

Leanne spoke about the survivors she had met and what the effects of trafficking had been, as well as discussing what the road to recovery is like.  She spoke about how each one of us can make a difference by spreading awareness.  "The more people that know about this and are moved to action, the less human trafficking can continue to exist."

In between speaking, the team from dieBasis organised dance, musical performances and a poignant perfrmance of spoken word poetry on human trafficking.  The event raised funds for anti-trafficking work as well changing people's perspectives on prostitution, pornography, slavery and what they can do about it.

Abolishion would like to thank dieBasis and Hope For Freedom for their invitation to speak at this event as well as their generous support.