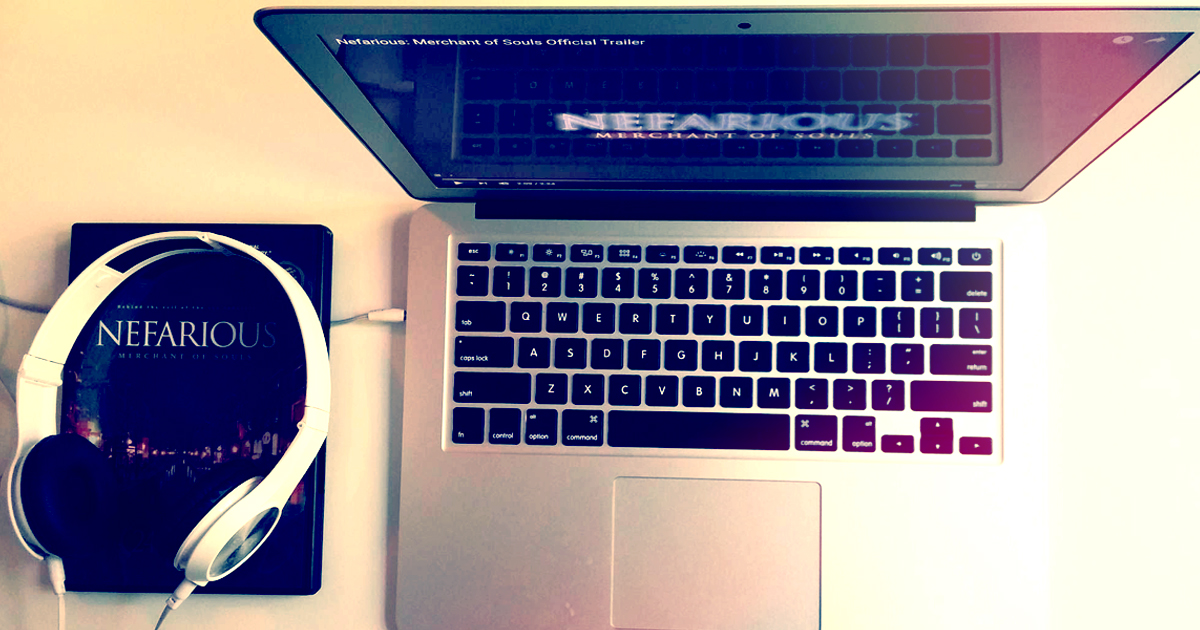 Nefarious: Merchant of Souls is a 2011 American documentary film about modern human trafficking (more exactly sexual slavery), which was written, directed, produced and narrated by Benjamin Nolot, founder and president of Exodus Cry, the film’s distributor.

The film starts with a powerful statement that despite William Wilberforce’s efforts from the 1800’s to bring an end to the trans-Atlantic Slave Trade, in the 21st Century slavery has reemerged with a force and brutality that rivals anything in history.

Benjamin Nolot sets up for a journey on four continents to discover the reality of modern-day slavery. Nefarious explores how sex trafficking differs from country to country, and suggests that all the victims are both psychologically and emotionally enslaved.

First, the action takes us to Belgrade, Serbia a.k.a “The Breaking Grounds” – which is a place where the girls are kept until they “break down” and come in a total submission to their pimp.

After that, we are exposed to the reality of sex slavery from Moldova, also called “The Sex Trafficking Engine of Europe”, where 10% of the population has been trafficked. Most girls who are sexually trafficked in Europe are recruited through a fraudulent offer of employment and an improved lifestyle overseas, neither of which ultimately materializes in the new country. The traffickers use fear and intimidation until they dehumanize the women. In the past 20 years, 400,000 people have been trafficked from Moldova.

Amsterdam, Netherlands is called “The Destination”, the Red Light District being the most famous legal market for prostitution from the world as the girls are sitting behind the windows waiting to be sold. One owner admits that “this is just a business… it’s like ordering pizza.”

Thailand is known as “Sexual Utopia” considering the fact that 2.8 million girls are in prostitution (from which 800,000 are children). The disturbing reality is that child prostitution reached its peak in Cambodia, where 80-90% of the parents are selling their daughters for sex. Here, trafficking basically means the exploitation of one`s vulnerability.

Another place where prostitution is a popular “job” is Las Vegas – “The Illusion of Glamour” – and it contrasts with the poverty from other places because it sells the illusion of a glamourous life. An interesting fact for me was that psychologists stated that previous sexual abuse in the family was a risk factor for prostitution in the US.

Nefarious is ultimately an uplifting movie because it presents Sweden as a model in stopping trafficking. Sweden has the lowest rate of trafficking in the European Union, much of this due to the fact that buying sex is criminalized.

What makes the film so appealing is that it leaves you not disgusted, but full of hope. Many former prostitutes admit with tears in their eyes that recovery is possible, that life has a second chance for everyone and wholeness can be achieved when you realize you have other options too. The film ends with the assertion that slavery today is not just an education and development problem – it’s a moral issue – the missing belief that women have an inherent value beyond their sexuality.