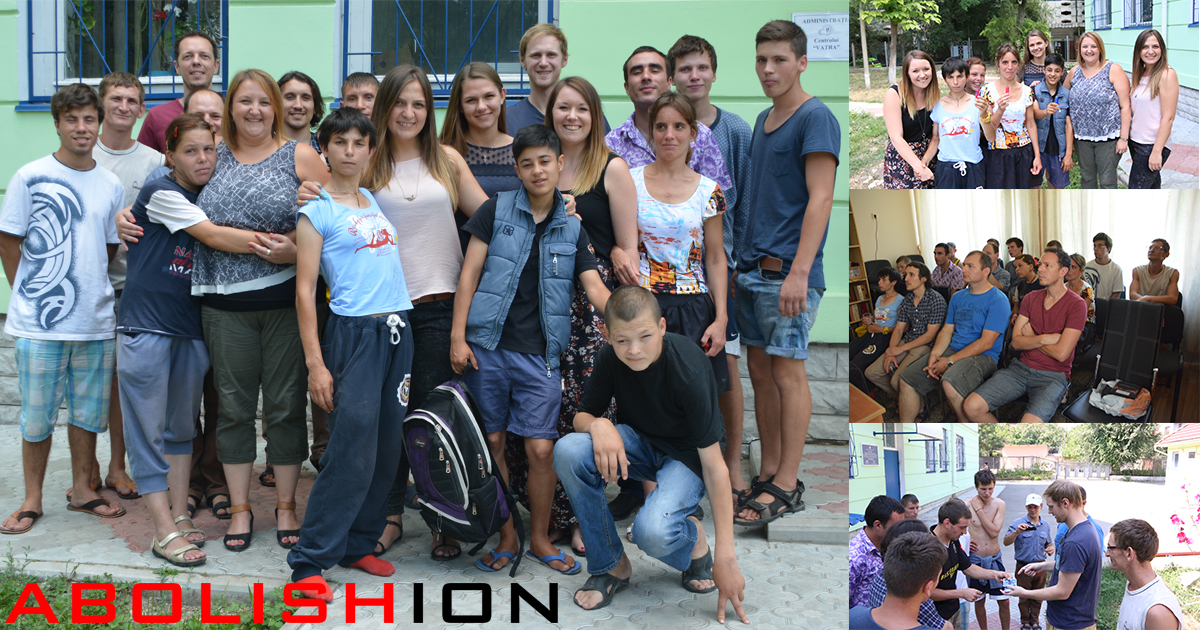 “This is real life.”  That was what the young people said after we talked to them about the realities of human trafficking.  The Abolishion Team were spending the morning at Vatra, a temporary placement centre for young adults after being in institutionalised care in Chisinau, Moldova at the invitation of Fielding Stocksdale from Mission Europe.

We specifically went there because we knew these young people were at a high risk of being targeted by traffickers.  Sadly, we weren’t wrong.  The day before we spent time with social workers and a department head from Child Protection in Moldova.  She informed us the 6% of the entire population of Moldova has been trafficked.  Then she said that was just the cases they knew about.  The situation is grave indeed.

We took time with the young people, showing them a film about human trafficking and Tim Eddy, from our team, explained some of  the issues of a life trapped in pornography with the group and then splitting up into smaller groups of boys and girls.  Tim took time to talk with the boys about the realities of human trafficking in their personal lives, specifically, trafficking for forced labor as this is real life for them and then used card tricks to demonstrate the realities of being tricked, manipulated and trafficked.  Each young man was left with a pack of cards to try out their newly learnt card tricks as well as the anti-trafficking helpline number.

Leanne Rhodes, Rachelle Eddy, Ioana Mascas and our intern Lydia Preuss spent time with the girls and did what girls do best - talk about life, particularly when it comes to trafficking.  There were tears, quiet moments and angry bursts as each young woman shared about their life.  Each had a story to tell about how traffickers had either approached them or friends who had been trafficked.  We made sure each young woman left with the anti-trafficking helping number, concealed in a chap stick, so they could keep it with them at all times and get help, should they ever find themselves in trouble.